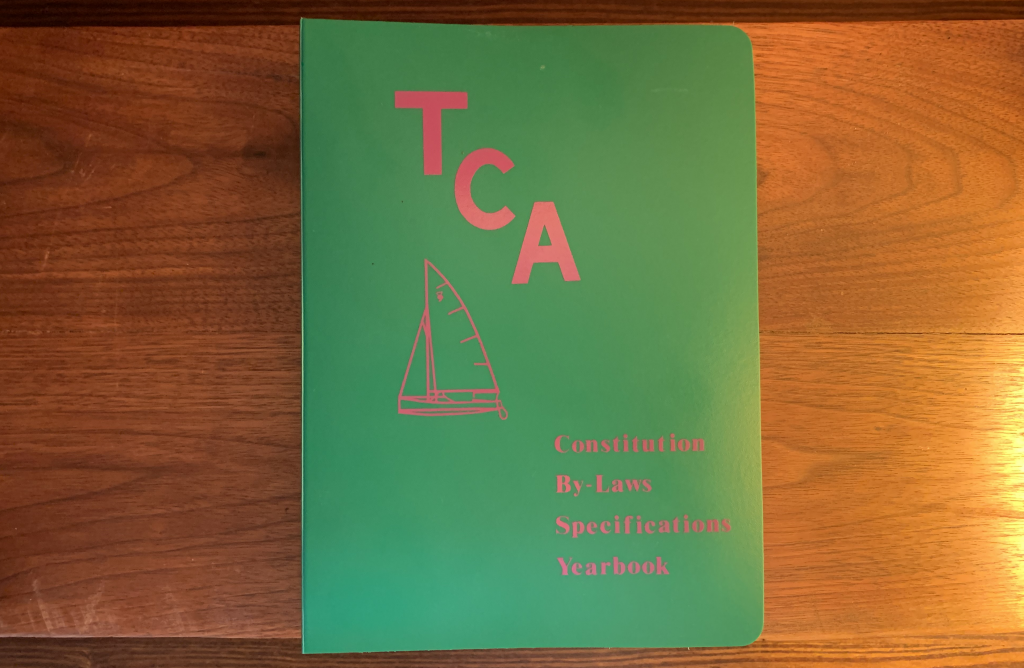 Call to Order
The meeting was called to order by TCA President, Tom Hubbell at
8:17 pm.
Members in attendance:
Tom Hubbell, John Howell, Conor Ruppen, Warren Duckworth, Alison
Gillum, Chris Pollak, David Hudson, Joy Martin, Paul Abdullah, Diana
Paiva, Mike Poltorak, Wayne Balsiger, Doug Kitchin, Tim Vining, Proxies
for Steve Gruver, Tom Lawton, Annin Ramsing.
Other attendees:
Craig Smith, Miranda Poltorak, John Duckworth, Bagpipe Editor,
Carol Robinson past-president of the Thistle Class.
19 of 27) members were present or had proxies. Quorum was
achieved.
Approval of Minutes of Last Governing Board Meeting
A motion for approval of March 2021 Governing Board Minutes, as
published in the Bagpipe was made, seconded, and approved
Reports of the Officers:
First Vice President John Howell:
i) Amendment from Fleet 53 was withdrawn.
ii) National Championship Site Rotation:
(1) 2022- The Nationals will be in Jacksonville, Florida at the Florida
Yacht Club on May 14-20. The Orange Peel at FYC March 18-20 will
be a feeder.
(2) 2023- A possible bid will come from Flat Head Lake, Montana.
Ashley Slaughter has proposed July 14-20, 2023. The research has
been done on camping, entertainment, and early morning racing.
She will bring a presentation to the Mid Winters East. Governing
Board meeting.
(3) 2024- Tom Hubbell is putting together a bid for Chautauqua
Lake, Mayville, New York.
(4) 2025- Dave Hansen will be investigating a bid for Burlington,
Vermont.
iii) There are supply chain issues with masts booms and centerboards
and hardware
iv) New Boat Raffle – great success. The boat will be unveiled soon.
Second VP Warren Duckworth:
v) We need to use Nicole Shedden’s plan for social media influencers.
vi) We had social media training, then the world shut down.
vii) We need to reconstitute this group and/or get more folks.
viii) The forum on the website using BB press is not working, fallen flat.
We are considering going to Google Groups. He requested feedback.
The move to Google Groups was approved.
ix) Bagpipe – There are new advertisers including Beacon and Harken
Derm. Warren would like to go back to 6 issues if we can. This was
approved. We always need articles. He reminded the group that we
don’t charge for regatta promotions. Next deadline is Sept 1.
Third VP Alison Gillum:
x) We are in good shape for Growth and Promotion funds. We are very
lucky to have such generous support.
xi) We have 6 juniors whose National’s registration fee has been paid
by the Growth and Promotion funds.
Thistle Class Association
Governing Board Meeting
xii) We have a great website. The future is ours.
xiii) We sold 300 boat raffle tickets to support the Growth and
Promotion fund. Facebook and emails to class brought over 70% of
the purchases.
xiv) It really helps to have professionals to help us market.
xv) Next question: How do we promote our events? John Howell
will have this on his agenda as President.
Chief Measurer Chris Pollak:
xvi) Kudos to John Yingling and the measurement team; the process
was very good.
xvii) We greatly reduced sail measurement this year which is a problem
because we can’t tell who has obtained new sails for the year. We
considered RFID technology for sails. We measured a couple of sets
set of Evolution sails and a Greiner spinnaker. No other sails needed
to be measured.
xviii) Station 1 and 2 hull measurements:
(1) We found measurements all over the place. Variations come
from the projecting the location of the skin of the hull when it
cannot be seen at the rail. We may need to change the plans to
give tolerances that work. When a builder elected to hide the skin
under the rails, for example the GMW, the rails are then set higher.
There were no big issues. There is a question on the half breadths
½” tolerance. Need to correct the plans.
xix) Mast and boom issues.
(1) Doug Laber has 5 black masts, 15 silver masts, and a few
booms. The extruder who works with Tom Allen is working on getting
a new die. The current sections do not meet Thistle/Lightning
class specs. Our plans require a standard that is not commercially
viable at a reasonable cost. The original aluminum mast objective
was to achieve the qualities of a moderately bendy spruce mast.
Booms cannot be produced until May 2022 due to problems at
the extruders. Kenyon and Dwyer were producers.
xx) Thanks to Beacon Composites becoming an official boat builder
and John Howell’s work to bring in this new builder.
Past President and Nominating Committee Chair Dave Hudson:
Nominating committee: Wayne Balsiger, Scott Griffin, and Dave
Hudson.
xxi) 2021 -2022 class officer slate:
(1) President – John Howell
(2) First Vice President – Alison Gillum
(3) Second Vice President – Warren Duckworth
(4) Third Vice President – Aaron Holland
(5) Chief Measurer – Wayne Pignolet
(6) Past President – Tom Hubbell
xxii) Thanks to Chris Pollak for his work serving 14 years as Chief
Measurer.
Tom Hubbell reviewed the work of Executive Committee and thanked
them.
Old Business:
Nationals
xxiii) The streamlined measurement approach was approved.
xxiv) If anyone on a boat tests positive for COVID, the boat is out.
xxv) We encourage mask wearing and social distancing.
xxvi) Tom appointed Technical Committee: John Howell, Chris Pollak
and Matt Fisher, as referenced in the Sailing Instructions.
New Business:
xxv) Tom hopes to hold a diversity discussion during the week.
xxvi) A question was raised regarding whether we should require
crews to be members. There was no motion.
xxvii) Carol Robinson talked about the value of using a buddy
system at Nationals.
The meeting was adjourned at 9:23pm.
Submitted by Joy Martin, Secretary