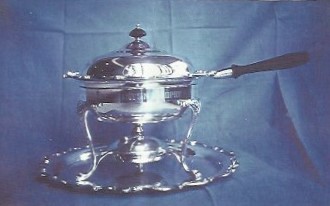 The Thistle Class is known for its perpetual trophies. One of our most prestigious trophies is the Minton Trophy. It’s presented annually at the Nationals Banquet to the Thistler who has done the most for the Class during the past year.

While the Nominating Committee chooses the recipient, their selection is a surprise to all when the announcement is made at the banquet. Usually, a close friend of the recipient will make the presentation, describing the person and his/her deeds but not giving the name until the very end of the speech. The recipient always receives a standing ovation from the Class in recognition of a job well done.

Here’s the list of Minton Trophy winners dating back to the trophy’s introduction in 1971 with Dave Minton as the honored recipient.

The Minton Trophy Deed of Gift

WHEREAS the Class owes an everlasting debt to those who think through the problems of the Class and work toward their eventual solution, and,

WHEREAS it seems altogether fitting and proper that such service be noted and duly recognized as an expression of gratitude to those who so labor, therefore,

BE IT RESOLVED that a trophy be established in honor of one who has labored long and hard for the Thistle Class.

BE IT FURTHER RESOLVED that this trophy be designated The Minton Trophy, in honor of David C. Minton, Jr., who has served the Class for six years as Chief Measurer, two years as President, Chairman of the Nominating Committee on several occasions, and confidant and counselor to officers and members alike through many years and many administrations.

BE IT FURTHER RESOLVED that this trophy remind everyone that while working as an officer, Dave Minton never used his free ride to the National Championship, but qualified through his District elimination, thereby retaining his status as a hard to beat contender and insuring our reputation as a group where the people who run the class also compete actively in it.

BE IT FURTHER RESOLVED that this trophy is presented annually at the National Awards Banquet to that Thistler who has done the most for the Class during the past year or several years.

BE IT FINALLY RESOLVED THAT THIS TROPHY IS LOVINGLY DONATED TO HONOR A GREAT THISTLER AND GREAT GUY!